Arul M. Chinnaiyan, University of Michigan, USA, is awarded this year’s Sjöberg Prize, worth one million US dollars, for his discovery of the fusion gene responsible for more than half of all prostate cancer cases. This has significantly improved our understanding of one of the most common types of cancer and already contributed to better diagnostics. It also holds great potential for improving the care of thousands of patients in the future.

Why some men get prostate cancer had previously been a mystery, but a major breakthrough came in 2005, when Arul M. Chinnaiyan proved that many cases appear to be due to a fusion gene. This type of gene forms when chromosomes are broken apart and two genes, or parts of genes, are joined in a new pattern.

“This fusion gene has been found in more than half of all cases of prostate cancer; it was also demonstrated that male sex hormones are a strong driver of the disease,” says Anders Bergh, prostate cancer researcher at Umeå University.

The discovery was made possible by a technological revolution in genome research, which was utilised by Arul Chinnaiyan. He created a public database with samples that were made available to the entire research community. He also developed a bioinformatic method that allowed him to identify aberrant gene expression in prostate cancer, and thus discover the fusion gene.

“This is a very important piece of the puzzle, which has improved our understanding of this form of cancer. The discovery may eventually also lead to improved treatment,” says Chair of the Prize Committee, Bengt Westermark.

After basal-cell cancer, prostate cancer is the most common form of cancer in men in the Western world and, in many countries, it is the tumour disease that causes the most deaths among men. In the USA, the Centers for Disease Control and Prevention estimate that 13 in 100 men will get prostate cancer during their life, and two to three of these men will die of the disease.

Arul Chinnaiyan’s work has huge potential for improving the survival and care of affected men. Research into new pharmaceuticals is ongoing, and new diagnostics in this area have already been developed; the markers for the fusion gene can be found using a simple urine test.

His discovery has also been of great importance for our knowledge of cancers that arise in a similar manner, and has already resulted in new forms of treatment for lung cancer.

Receiving the news that he has been awarded the Sjöberg Prize for cancer research came as a pleasant surprise for Arul Chinnaiyan, especially considering the isolation caused by the pandemic.

“It is a great honour to be selected for this award and to follow in the footsteps of the luminaries who have received it in the past. As this award recognises our discovery of recurrent gene fusions in prostate cancer, I plan to use this support to fund our efforts to directly and indirectly therapeutically target these and other cancer-causing transcription factors,” he says.

“…for the discovery of recurrent gene fusions in prostate cancer”

About The Sjöberg Prize:

This is the sixth time the Sjöberg Prize is awarded. The Royal Swedish Academy of Sciences selects the Laureates and the Sjöberg Foundation provides the financing. The Prize was established by businessman Bengt Sjöberg, who was diagnosed with cancer and who donated two billion Swedish kronor to promote scientific research that primarily focuses on cancer, health and the environment. Bengt Sjöberg came from Lysekil, Sweden, but lived and worked in Hong Kong for many years. The Sjöberg Prize is awarded as 100,000 US dollars in the form of a personal prize and 900,000 US dollars that must be used for continued research. 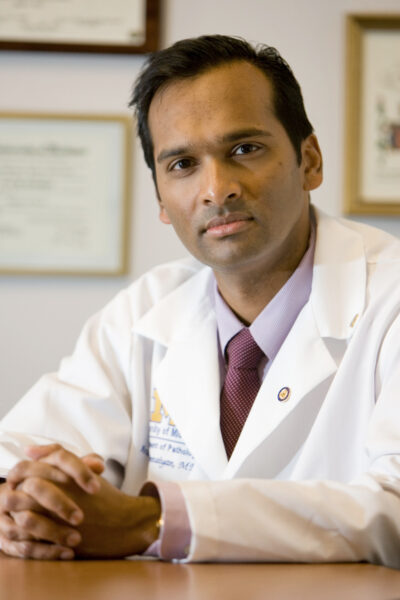 Read more about the prize and former Laureates