Benjamin L. Ebert, USA, receives this year’s Sjöberg Prize, worth one million US dollars, for his research into how lenalidomide works as a treatment for blood cancer. His discovery of the mechanism that promotes protein breakdown in cancer cells may be vitally important to the future development of new pharmaceuticals.

The story of this pharmaceutical begins with a tragedy as, in the 1950s and 1960s, pregnant women with severe morning sickness were sometimes given thalidomide. This caused a range of birth defects and the medication was removed from the market.

Years later, thalidomide and, in particular, a new substance called lenalidomide, were shown to be effective in the treatment of some bone marrow diseases. However, researchers did not understand exactly why they worked.

This is where Benjamin L. Ebert enters the stage, as he mapped the mechanism responsible for the substance’s function. Lenalidomide acts like glue, redirecting the proteins that are necessary for the cancer cell’s survival to the cell’s waste disposal, where they are broken down. This leads to the death of the cell.

“This principle is important and the mechanism itself is very elegant. In addition, this was an entirely new concept,” says Bengt Westermark, chair of the Prize Committee.

He calls Benjamin Ebert’s discovery “epoch-making” and believes that it will be extremely important in the development of new cancer drugs.

“So far, the greatest clinical benefit is in the treatment of multiple myeloma, which is a bone marrow disease. Many of the proteins that drive cancer growth have proven difficult to target using pharmaceuticals. Benjamin Ebert’s discovery shows that it may be possible to direct such proteins so that they are degraded and thus stop the growth of the tumour.”

The Sjöberg Prize is awarded as 100,000 US dollars in the form of a personal prize and 900,000 US dollars that must be used for continued research. This will be extremely useful for Benjamin L. Ebert, who is an active researcher in the middle of his career.

“It´s really a wonderful amount of money for the laboratory. We´ll be able to ask more and more bold questions and head into novel areas. I was certainly not expecting this, he says.”

FACTS About the laureate and the prize citation

He is awarded the Sjöberg Prize 2021 “for his discovery of the mode of action of lenalidomide in the treatment of haematological disorders”.

This is the fifth time that the Sjöberg Prize will be awarded. The Royal Swedish Academy of Sciences selects the laureates and the Sjöberg Foundation provides the financing. The Prize was established when the businessman Bengt Sjöberg, who was diagnosed with cancer, donated two billion kronor to promote scientific research with a primary focus on cancer, health and the environment. Bengt Sjöberg came from Lysekil, Sweden, but lived and worked in Hong Kong for many years. 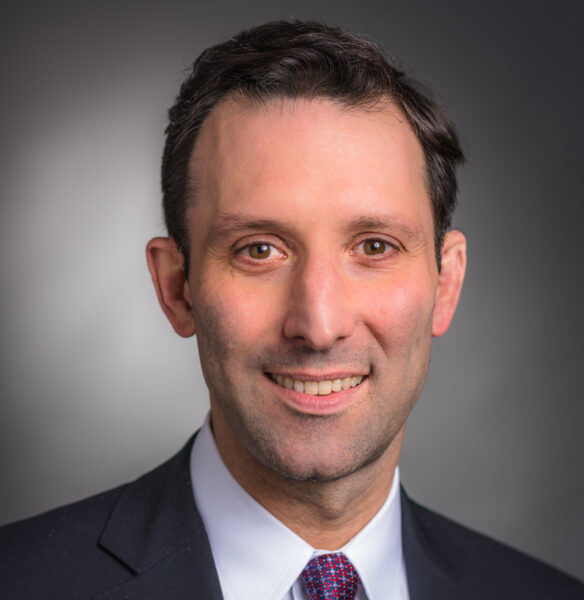 Read more about the Prize and former Laureates