Rolf Schock and his life might be perceived as tragic and unsuccessful. He was on bad terms with his parents and found their demands and expectations oppressive. In some respects, he refused to adjust to social expectations and the pressures imposed on him. He remained different, an odd person and a bohemian. He had numerous interests and studied a great deal; his talent and studies yielded a doctorate, but never the academic career he sought and probably deserved. He died in an accident one December day in 1986, in Berlin, at the age of 53.

But one can also see Rolf Schock’s life as rich and full of love, toil and visions, characterised by curiosity and desire to discover and explore people, ideas, countries and continents. Those who ever came close to him never forgot him. But most of them were astonished to find, when his will was opened, that he had nominated some of them as beneficiaries to the large estate they had no idea he possessed. In death, he influenced their lives once more and, moreover, created a foundation with the task of rewarding people who were more successful than he himself in four areas: philosophy and logic, mathematics, art and music.

Rolf Günther Gustaf Adolf Schock was born on 5 April 1933 at Cap d’Ail on the French Riviera, between Nice and the Italian border. His parents were Gustaf Adolf Schock and his wife Caroline Pauline, née Luce. Adolf Schock, a German war hero from the First World War, was a multimillionaire at the time of Rolf’s birth. He is said to have owned a large food company in Germany but, as Rolf was later to relate, when required by the Third Reich to dismiss the Jews working for him he refused to do so. The elder Schock is also described as having been openly critical of Hitler.Rolf first went to school in Monaco, next to Cap d’Ail. He and his elder brother Gerald always travelled to school by taxi because the parents were worried that they would be kidnapped. Later in life Rolf often talked about how ashamed he felt among his classmates because of that.

The family also had a home in Germany, where Adolf Schock ran his business. On one visit there, when Rolf was four or five years old, Hermann Göring (one of Hitler’s closest men and Marshal of the Reich) warned his old friend Adolf Schock that the Gestapo was to come before dawn. The family packed the car with as few possessions as possible to avoid revealing that they were leaving the country for good. They travelled to Lisbon and from there to the USA.

Rolf and his brother initially attended a French school on Park Avenue, Manhattan. Later, the family moved to New Jersey where the boys went to an ordinary American school. For his last year of school, from autumn 1950, Rolf attended Trinity School in Manhattan, a college preparatory, coeducational independent day school for Grades K-12. There, his sporting activities included playing in the school football team with number 52 on his jersey, as well as going in for wrestling and athletics. The school yearbook for the ‘Class of 1951’ describes ‘Roy Gunther Schock’ as follows:

Noted for his ability to lift either MacMillan or a 225-pound weight with equal ease, Roy is easily the class superman. He possesses a fine mind, if stubborn, and astounds us regularly with discourses on infinity and the origin of the Cro-Magnon man. In his short stay at Trinity he has distinguished himself on the football field and in the classroom.(The MacMillan mentioned here, with the forenames Donald Norman, was a fellow football team member who wore number 53 on his jersey).

Several traits that Schock was to develop further in later life are noted here: his physical strength, breadth of interests and stubbornness. The item is illustrated with a formal portrait of a smiling, well-groomed young man with an open face, wearing a jacket and tie. He was to retain the smile throughout life, but he started losing the well-combed hair after just a few years and replaced it with a toupé. As for the tie and jacket, he hardly ever wore them again in his life.Schock embarked on his higher education at the University of New Mexico, where he earned a bachelor’s degree in geology. After a few years, he began his graduate work with the intention of getting a PhD at the University of Californa in Los Angeles (UCLA), where the acclaimed Richard Montague and Donald Kalish taught logic and Rudolf Carnap taught philosophy of science. Schock had certain social problems. His sometimes brusque frankness drove people away, including some of his philosophy teachers.

“I think, therefore I am, I think”

Schock’s attire did not conform to the student fashion of the day. It was more congruent with the emergent San Francisco beatnik style, but he did not really fit into that milieu either. Allen Ginsberg, the poet, upon meeting Schock, dubbed him ‘the accountant’ because of his keen interest in logic. One of Rolf’s favourite jokes at this time (and perhaps later in life as well) was a variant of Descartes’ famous assertion, ‘I think, therefore I am.’ Schock expanded it to ‘I think, therefore I am, I think’.

In 1960 Schock decided to move to Sweden, a country he had visited several times on summer trips to Europe. One reason was his growing sense of alienation from an America that he perceived as excessively violent and commercialised. In the background, too, was the fact that he had twice failed to gain his PhD at UCLA, where he felt that his teachers were against him.

He continued his studies in philosophy, focusing mainly on logic, at the Stockholm University Department of Philosophy. There, he had some success but it brought him no teaching assignment or permanent position. Schock took his licentiate degree in 1964 and managed, four years later, to present a PhD thesis entitled Logics without Existence Assumptions at Uppsala University, where one of his mentors and teachers, Stig Kanger, had become a professor. The thesis was an early work in the research field known as ‘free logic’. It attracted some attention and was often cited by other researchers in the field. Although it qualified him for employment as a senior lecturer, such a position failed to materialise.

For several years, Schock held courses in logic and philosophy of science at the Royal Institute of Technology in Stockholm (KTH), which became a base for his further academic activity. Besides his doctoral thesis, he published three major works: the textbook Logic in 1967, New Foundations for Concept Theory in 1969 and Quasi-connectives Definable in Concept Theory in 1971. He published a large number of scholarly articles and contributions in academic journals. Many of these ‘witness to a solid knowledge of logic,’ wrote an expert of Schock’s writings in 1984, ‘but seldom culminate in any philosophically interesting conclusions.’ Towards the end of his life he also came in for severe criticism, from various quarters, when he tried to refute Albert Einstein´s theory of relativity on logical grounds. 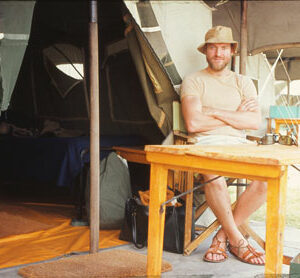 Despite his setbacks, Rolf Schock had a passionate lifelong interest in philosophy and logic, but also in art and music. He tried painting, and had an exhibition at a small Stockholm gallery in 1979. He was a keen amateur photographer who took a huge number of pictures during his travels in Africa, New Zealand and Europe. He retained his interest in geology throughout his life. The fortune he inherited when his father died in the mid-1960s enabled him to undertake extensive travels around the world, while maintaining his Spartan lifestyle in Sweden. A close friend relates that Schock decided at an early stage to bequeath part of his estate to a foundation for the purpose of distributing prizes in a wide range of subjects. Alfred Nobel’s will was a good example, but Schock often wondered why Nobel had chosen subjects like chemistry and physics alongside literature. Subjects like logic, philosophy and mathematics, music and the visual arts were closer to Schock’s own interests. The Schock Foundation’s prizes may thus be seen as complementing the Nobel Prizes, quite apart from all other comparisons.

In autumn 1986, Schock visited the Soviet Union and held a lecture on free logic, based on his PhD thesis. In a telephone call to one of his earliest girlfriends, a fellow student of logic at UCLA, he reported that he had been given a highly favourable reception. His pleasure about this was somewhat offset in October the same year by yet another rejection, this time from Oxford University Press, of his endeavour to obtain publication for his critique of the theory of relativity.On 5 December 1986, Rolf Schock died in Berlin under his Land Rover while replacing the spring at the right back wheel. He is buried in the Luther-Friedhof cemetery in Malteserstraße